From Hobby to Business – Part I 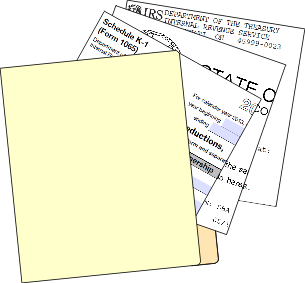 What we do started as a hobby. We both love to dance, but outfits don’t fit us and accessories are never quite the right color combinations to match. In response we took to our sewing machines and craft tables to make things that work for us. From there, we started making things that work for others.

This was originally something we did just because we wanted to. It soon became apparent to us though that what we were doing was actually a viable form of side-income, which meant we had to decide if we wanted to take it to the next level. Did we want to become a business, instead of just weekend hobbyists? Our feeling was “yes”, but we decided we had to be sure before we got in too deep. Rather than diving in head first, we chose to check the depth and make sure we weren’t going to crack our heads open before making that plunge.

Over the course of last year we tested the waters with a few craft fairs to get our feet wet and see what it would all be about. We went through a lot of trial and errors for what did and didn’t work, what we would need while at an event, handling commissions, pricing, ect. It was a year of learning, and to really decide if this was going to work or not. After all, it’s no good to become a business if it’s just going to fall apart at the seams when the going gets rough.

Having decided that yes, this was feasible and yes, we were both willing participants; now we come to the fun part: Legitimately becoming a business.

Here in the great state of New York, and likely elsewhere in the United States, there are certain requirements to actually being a business. Not only that, but there are many different kinds and classifications of businesses out there, and navigating all the twists and turns can be downright confusing. With this in mind, our first stop was to meet with the man who has prepared my taxes, and my parents taxes, for well over twenty-five years now.

Meeting with a tax accountant was important to us, because we’re selling finished products. Unlike charging for a service, this means we need to be charging sales tax, we’re going to have to file on that tax, we’re going to have to claim certain things on our income taxes, and we have to get set up for all this. If you’re overwhelmed and confused just thinking about all that, then you are in the same mindset that we were in prior to meeting with the tax accountant.

It took about an hour and a half of our day, but it was worth it. He sat with us, and answered all our questions so that we knew what we needed to do. He helped lay out a plan of attack to getting all our ducks in a row, and he gave us a lot of wisdom when it comes to book-keeping and what he was going to need at year end to do our taxes.

I’m sure some of you are thinking that it seems silly to have someone else prepare your taxes and go over all this with you, because hey, the internet exists and Google is a very powerful search engine. I’d like to offer a gentle reminder that the internet is not always your friend (false information does exist), and forewarn you that this can be very overwhelming.

It’s important to note, too, that businesses, especially those in a craft-related enterprise, are fairly likely to be audited. If anything is out of order, you can be looking at some serious issues.We see no reason to allow ourselves to fall into that, when we can have someone who is an expert in that area handle it for us and field all our questions for perhaps $120 at year end. That breaks down to $12 a month that we need to save to pay him. Not a bad deal in the end.

He’s also going to be there if we have questions along the way. Rather than having to Google things and decide for myself who is telling the truth, and who has been given bad advice that they’re passing along, I have someone who I can trust to give me the information I need. For me, this is an invaluable asset to have.

So, we sat and learned all about taxes. We learned about all the channels we needed to go through to be recognized as a business entity. We learned how sales tax is calculated, and when we need to charge it. He gave us places to go to get all our credentials in order, and he offered up resources that would be helpful to us to keep everything straight.

The biggest crucial factors that he explained to us were the following:

1. In our case, a partnership is a better option then incorporating (Inc), or becoming an LLC. This came down to the scale of our operation (very small), and the fact that all you need for a partnership is a DBA. To be incorporated, or an LLC, you’re looking at having to go through an application process, and shell out upwards of $700 to make it happen. While it would protect us from liabilities (the business would instead be liable), it’s not something we really need at this point in time. It is something we can obtain later on if we decide it’s necessary.

2. It’s better to pay yourself back for expenses (via a check from a business account), then to report it as income. Income can be taxed, reimbursements are not. Over our first year, we just considered it a form of income, but now we know better. Thankfully, neither of us made a reportable amount last year, so it’s not a big deal. As we grow though, it will become a big deal.

3. In New York, you charge sales tax based on what county you’re in. So, we now know we have to pay attention to that. This may vary from state-to-state, so be sure to check with someone knowledgeable.

4. Sometimes at craft fairs, especially larger ones, government workers will be wandering around and will ask you for your FEIN, or Federal Employer Identification Number. This is your Tax ID, essentially, and it’s how the IRS tracks you. An FEIN is like a business SSN. If you don’t have one, they have the right to assume how much you’ve sold that needs to be taxed, and enforce that number on you, plus a fine if they so choose. So having the FEIN is very important. We didn’t know this our first year in business, so we’re grateful we were never questioned.

5. You have to be authorized to collect sales tax in New York. Sounds silly, right? Really, what it is, is the state knowing you are a business that is collecting sales tax, and that they need to look for your payments. They start out quarterly, but sometimes after a year they’ll alter your filing to be yearly if you don’t take in that much quarterly. We fully expect to be dropped to a yearly filing based on current sales. We hope to someday be at the volume that requires quarterly reports.

6. As partners, we’re going to have a K-1 form that will be filed with our tax returns.

7. For now, we’ve been advised to not worry about sales tax on anything heading out-of-state. In the event that it’s sold in New York, we just need to charge for the county it’s being sent to. This is a viable option, because when your taxes [as an individual] are prepared at year end, there is a spot where you state that you purchased items online, and applicable taxes will be charged. Most people just mark this as “0”, but technically you’re supposed to be honest. It takes the weight off of us to try and keep up with all different taxes (or lack thereof) throughout the country. If we get to the point where we have a whole store or similar it may be something we have to worry about, but we’ll cross that bridge if we come it it.

8. At least one out of every three years, we need to show a profit. Businesses that are consistently in the red that are based on crafting like ours will be re-classified as a hobby otherwise. In the end it might mean we can’t claim all the mileage or something to get into that profit margin. If you’re only cutting reimbursements to yourself, most people will turn a blind eye to it.

So, armed with a lot of new knowledge, our second stop of the day was going to be getting our DBA. That’s a whole other step though, so look for Part II of this to learn more about that. 😉

If you’re thinking of going from hobbyist to business, it’s highly recommended that you seek out a tax accountant who’s willing to sit down with you to discuss these items. What we learned may differ for you if you live in another state, it’s hard to say. Do your research though, and make sure you know what you’re getting into. There’s a lot more to starting a business then just putting your sign out and opening the doors.

Next month, the DBA and what it means to file for one. What to expect, and why you need it. See you then!

Search for a Product